Super Mely: The Path of the Champion (Part I) - Combate Global
Skip to content
News » 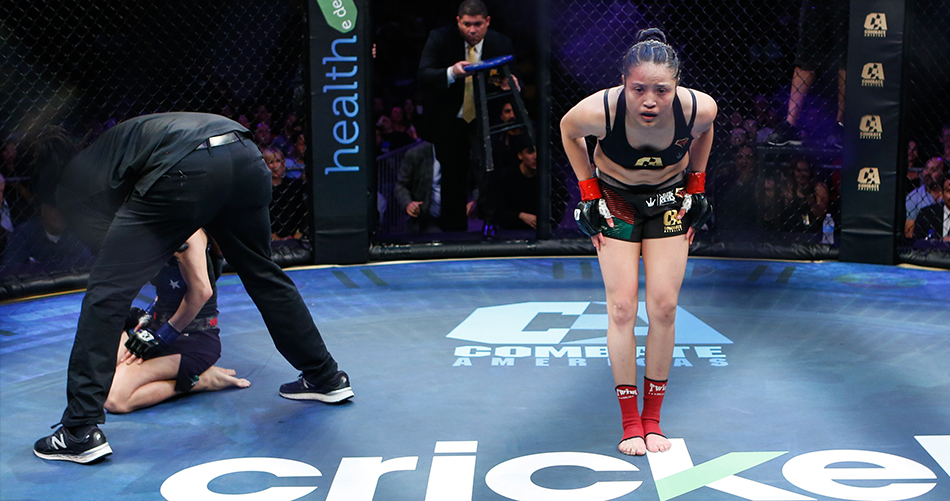 Every great story has a beginning.

Despite having four fewer professional fights than her rival, Martinez ended the battle with a big knockout, via a kick to the head.

From that moment on, it was obvious that the young Mexican girl was something special.

Her next fight was also a challenge. Her opponent, Chile’s Gloria “Gloriosa” Bravo, more experienced and champion in her country, wanted to end Martinez’s winning streak.

Martinez finished her opponent in the first round, via technical knockout.

Two finishes in two fights. Everyone had their eyes on Super Mely.

Martinez’s third fight was against the national Muay Thai champion, the Argentine Ivanna “La Parca” Martinenghi, who took the fight on short notice.

Martinez encountered a tough opponent, and the fight lasted all three rounds.  But Martinez won yet again, this time via unanimous decision, and continued on her way to becoming champion.