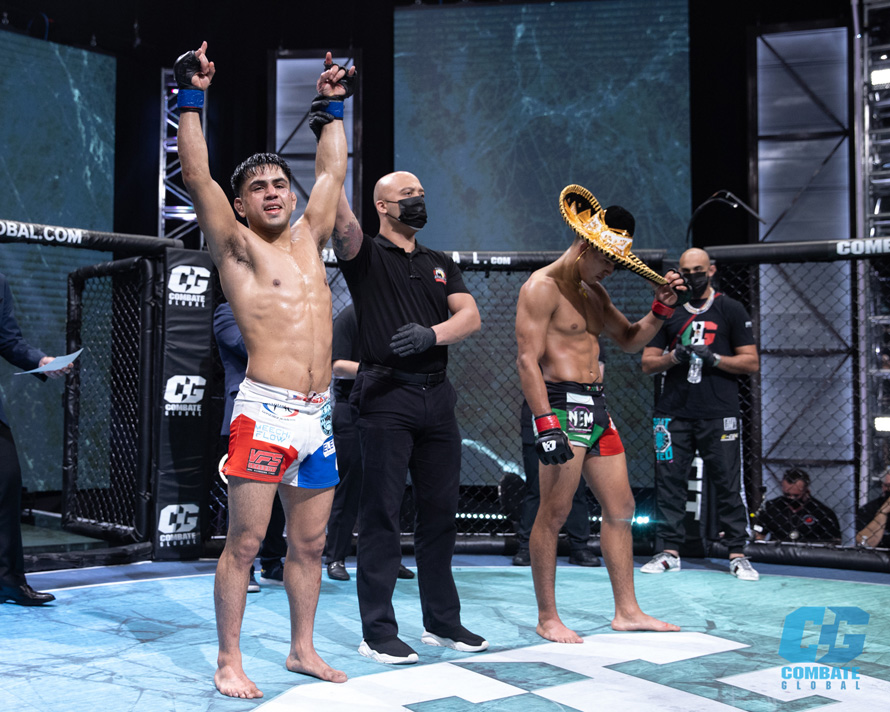 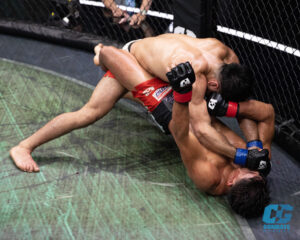 Gonzalez defeated all his opponents by way of unanimous decision which include Jim Alers (14-5) in the quarter finals, Samuel Alvarez (6-5) in the semi finals and Cristian “Puas” Perez (8-1) in the finals.

Going into the tournament, Perez was a heavy favorite having the defeated the majority of his foes by way of submission in the first round.  However, Gonzalez had a strong game plane from the start.

“I feel like the best of both worlds won today,” he said. “I may have been representing the U.S., but I was born in the border- Laredo, Texas. I’m Mexican – American, so in a way both countries won.”

In the quarter finals, he faced a seasoned fighter in Alers, but Gonzalez traded blows with the veteran. At one point, both men clashed in the pocket where Gonzalez at one point clearly shook Alers.

Alers, who has a solid jiu jitsu game, was denied any potential takedown attempt leaving him to streak where Gonzalez had the upper hand.

In the tournament finals, he faced an undefeated, at the time, Perez who had an exciting back-and-forth fight with Patrick Lehane in the semi-finals. Perez was set to fight Daniel Soto in the quarter finals, but Alfrego Ruelas stepped in as an alternate. Soto had a food poisoning.

Known for his quick finishes by way of submission, Gonzalez put the brakes on the rising star’s undefeated record.

Throughout the fight, Gonzalez had full ground control. Perez’s jiu jitsu did not exist as Gonzalez shut the door on his opponent landing hammer fists and out striking him.

The Valle Flow Striking, based in Chicago, fighter feels he has yet to fight challenging competition.

“I just hope to get tougher competition in the future, this was a hard tournament, but I know I can take on a lot more than what I withstood here,” he said.

Also in a women’s featured bout, Melissa Amayo (2-0) defeated Andrea Amaro (1-2) by way of rear naked choke at four minutes in the first round.

Cristian Perez defeated Alfrego Ruelas (2-2) by TKO in the first round at 2:49.

Samuel Alvarez defeated Jimmy Sandlin by arm bar in the first round at 3:55.