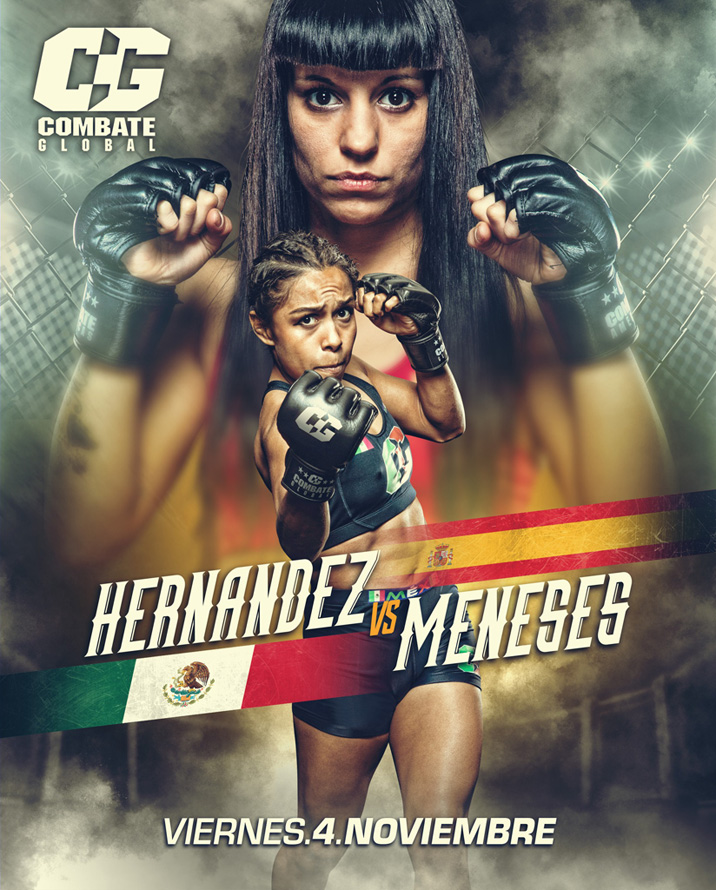 Also, undefeated fighter Jose “Tiro Loco” Ferreira (9-0) returns to action as he takes on the debut of Venezuela’s Genier Penagos (7-2) in a lightweight fight.

Hernandez, who represented Mexico in the Pan-American games in 2021 in wrestling, returns to la jaula after competing in April defeating Diana Mendoza by split decision. Since then, the Lions Alpha Team fighter said she has made adjustments to her fight game and plans on letting go of her offense.

Known for her background in wrestling, she is a firm believer that she will take Meneses down but wants to keep her opponent guessing where she will take the fight. She counts on two decision victories and on submission win back in March of 2021.

Meneses last competed in August against Katie Perez where she defeated her opponent by way of unanimous decision. She looked crisp with her boxing and takedown defense which will come into play against Hernandez.

The Uppercut Training Center fighter is on a path to prove that women from Spain can be a serious problem in the world of mixed martial arts. Her two appearances in Combate Global earned her to decision victories.

With a background in Karate, Meneses has a strong stand-up game, however, Hernandez can also be as aggressive but has the advantage when it comes to the wrestling. Look for Meneses to strike and move around to prohibit Hernandez from going for the takedown. As for Hernandez, she too counts on great stand up and is not too afraid to exchange, however, she can always go to the floor if the opening is there for her.

Despite Ferreira being undefeated when he faced Ireland’s Patrick Lehane, he came in as underdog consider the top talent the Irish fighter had battled.

However, Ferreira proved to the world why he is undefeated putting on a great performance against a well-rounded fighter. However, the Valle Flow Striking fighter said he was not satisfied with his win and fixed many errors he feels he committed in the fight.

As for his opponent, Penagos is making a jump to the big leagues making his debut inside la jaula. He counts on great boxing and is charismatic once he starts feeling he has the upperhand in the fight.

Due to a lack of mixed martial arts events in Venezuela, he traveled to other South American countries to compete. This will be his biggest opportunity of his career and a shot to put Venezuela and his camp SLAM on the map.

Look for quick exchanges from both men. They will not hold back as both are looking to end the fight early and put on a show. Yet, if the fight were to hit the ground, the advantage goes to Ferriera who seems the strongest of the two on the ground despite Penagos having some victories by stoppage or submission.  Ferreira proved it when he was victorious against Lehane.