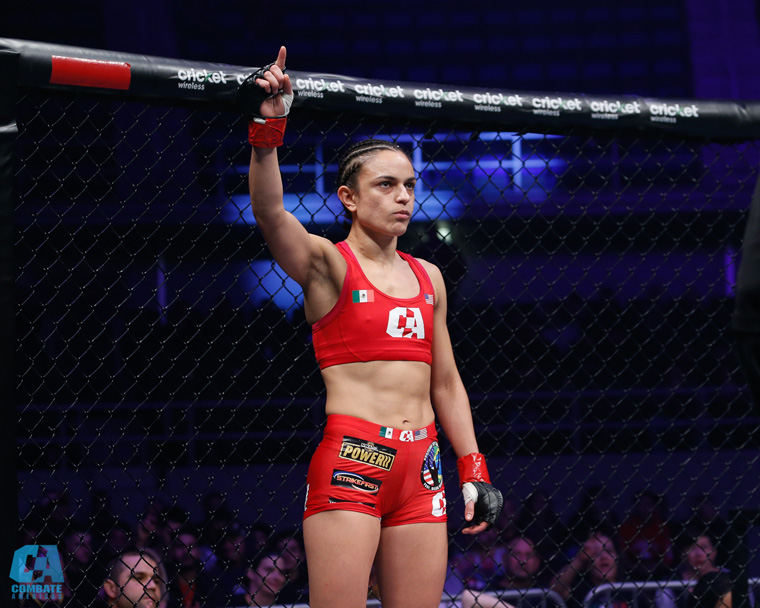 Cervantes, who is the current AEW women’s champion, is auctioning her head piece and gear from her match at the Double or Nothing. The deadline is this Friday and 100% of the proceeds will go to Victims First, which will donate to the victims and their families.

The gear was hand made. She hopes to raise about $10,000. To donate, you can find out details by visiting her social media account on Instagram at @thunderosa22

On another note, Cervantes fought inside la jaula November 2019 against Nadine Mandiau. She lost by unanimous decision. She said she is getting the itch to compete again.

Her goal is to compete before turning 40.  Currently, she is 35.

Currently, she has not opponent in mind, but she’ll wait on a list of potential opponents.

However, she is a fan of last year’s Combate Global women’s tournament winner Yazmin Jauregui.

“One of the people I follow is Yamin,” she said. “I was blown away from her performance. If I would have been her age, I would have loved to get inside la jaula with her,” she said.

Due to her schedule, she has not been training martial arts, but earlier this year she trained with women’s world champion Cris Cyborg.

No word on an official date for her fighting comeback.