Yazmin Jauregui: Will 2020 Be Her Year? - Combate Global
Skip to content
News » 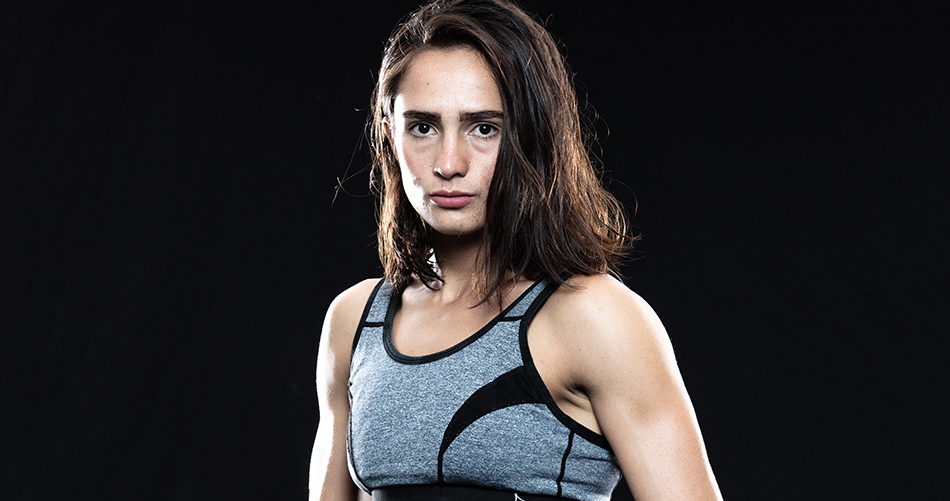 2019 was an unforgettable year for Yazmin Jauregui (4-0), as she made her Combate Americas debut with three impressive wins. And she doesn’t look like she’ll be stopping in 2020.

Born in Tijuana, Jauregui will fight in the first Combate Americas event of the year, on February 21st in Mexicali, B.C. She will face the undefeated Lourdes Salcido (2-0) of Guadalajara, Jalisco.

Jauregui first appeared in Combate Americas with a knockout just 13 seconds into her fight with Daniela Espinosa in Combate Reinas, and since then, it has all been nothing but wins for the Mexican fighter.

Her two other fights in the year were against the American McKenna Mitchell, whom she defeated by medical stoppage and the Mexican Yajaira Romo, via unanimous decision.

Beyond her victories, Jauregui has shown great maturity inside the cage. Despite being only 20 years old, she has become one of the fast-rising MMA stars in the world.

If she continues down this path, Jauregui could eventually get a shot at the Women’s Strawweight World Championship, currently held by Melissa “Super Mely” Martinez (7-0).

It will all start on February 21st in Mexicali.

Garcia vs Bandenay: The Showdown in Mexicali

Rafa “Gifted” Garcia Puts His Title On The...