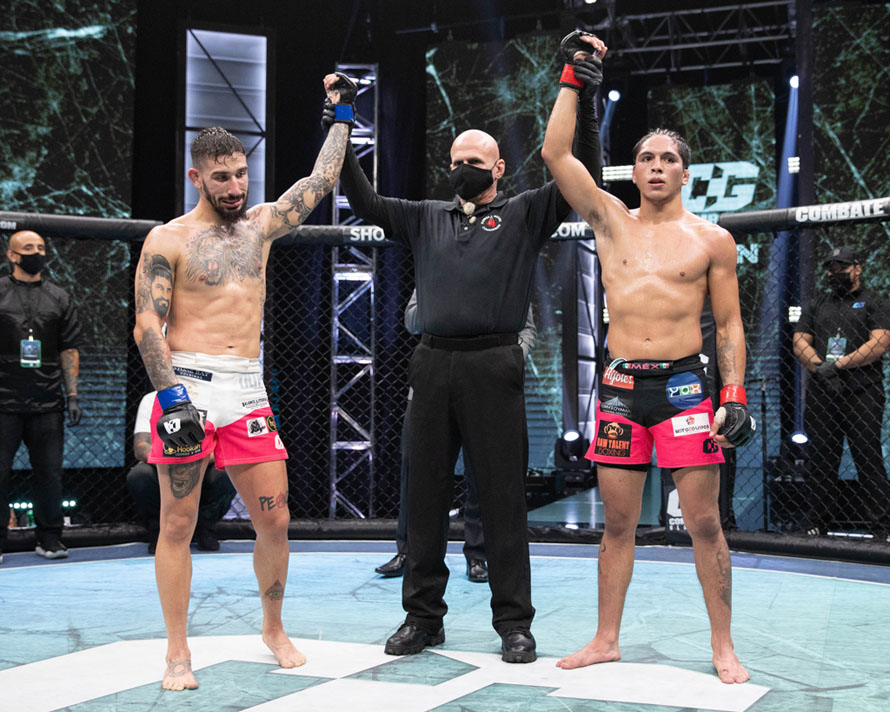 Pennsylvania’s Montanez, who had not competed since 2019, came out swinging throwing heavy kicks, hooks and hard straight hands, but Hernandez, who has two stoppage victories this year, countered with combinations.

Unfortunately, Hernandez was deducted a point after landing two knees to the groin area in the first round.

Both in the second and third round were mirror images as both fighters continued a flurry of exchanges that echoed the building.

At one point, both fighters stood right in front of each other and kept exchanging continuously which made for an exciting fight, but a decision left to the judges. 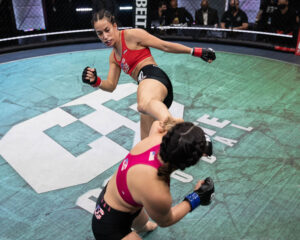 It was both Amaya’s and Villanueva’s professional debut. However, it was short lived for Villanueva as the powerful Amaya won by way of TKO in the first round at 2:11 (referee stoppage). 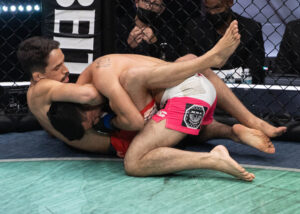 It was an emotional return to la jaula for Cristian Barraza (7-3) who fought for more than a win, but newcomer Diego Silva (3-2) stood in his way.

However, Barraza didn’t give Silva a warm welcome as he submitted his foe 2:01 in the first round.

Coming into the fight, Silva knew that Barraza’s jiu jitsu game was supreme, however, after a short venture in the stand up game, the Chilean quickly went to his bread and butter and landed an arm bar to earn a victory in 2021 and punched his ticket to Copa Combate December 12.

Maximiliano Gonzalez (3-2) defeated Bryce Gamboa (2-1) at 3:54 in the second round by way of rear naked choke.